By John
recently i was trying to upgrade sony ericson experia x10i from android 2.1 eclair to 4.2 jelly bean but got an unexpected error which is sony x10i no service after the upgrade.the sony x10 no service error made the phone to reject any simcard that is not provisioned for the phone when it was bought.when i tried to search for network coverage through SETTINGS=>WIRELESS NETWORK=>MOBILE NETWORK=>SEARCH AVAILABLE NETWORK, i saw available mobile network buti got an error on the sony x10i saying " this simcard does not allow connecton to this network.i was like what and did a research on fixing the sony x10i no service problem 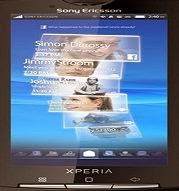 from the search i made, i noticed that the problem does happen to almost all the sony x10i when performing upgrade or installing of custom rom.such upgrade may wipe the simlock certificate that is on the phone system before the upgrade.i was able to root the phone and install android 2.3 which was one of the steps but that got it locked and made it not to detect network,.so if you have sony ericson experia x10 or x10i and you wish to upgrade it to android 4.2 jelly bean, then you may have to reconsider taking such risk because you may end up causing damage and spedning more money in unlocking it.

the tools i used in the flashing of the stock rom 2.3 was sony ericson flasher tool by bin4ry which worked great in flashing the kanel and rom but at first, i got it soft bricked/damaged, and the phone was stuck on sony ericson logo and keeps restarting it self.this is as a result of trying to unlock and relock bootloader using sony ericson flasher tool.the bootloader unlock was done with semc_tool.bat which removed the simlock certificate from the phone causing it not to allow network connection from the sim.

when i was trying to relock the bootloader using sony ericson flasher tool, it got the phone bricked and bootloop, that was when i flashed the stock rom 2.3 to resolve the bootloop.

as for the sony x10i no service showing " this simcard does not allow connection to this network " , i believe it will be fixed by using an unlock software like setool.when i get a fix for it using free tools, i will share it with you guys.

if you have fixed this no service issue, you can share with us by using the comment form.

No Responses to "fix sony ericson x10i no service after upgrade"