Reason why your Andriod Phone Get Bricked/Damaged When rooting

By John
most of us that is new to android phone and rooting, there is one thing that will always come into your mind when you want to try your first rooting skill on your android phone which is "what if the phone got bricked/damage as a result of rooting it". most of us are new and would not want to damage their expensive phone just because of gaining root access on the phone.imagine getting a Samsung galaxy s4 and it got bricked/damage because of the root method used in rooting the phone, you will start to panic right, well i understand that feelings.there is no doubt that rooting your android phone regardless of the OS it is running, it may still get bricked/damaged, it is either the phone start rebooting itself or malfunction.the cause of this is because of the changes made in the phone system core files.every phone has a different root method and when used for a different device, the exploit may not get through to the core system file it was targeted for and if such files is not present in the phone or it is in another location, then the root may damage some files in the process of not identifying the target location,still don't understand right, then let me explain further 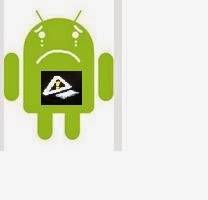 ==> when you perform a root, the exploit is suppose to go straight to the location that was programmed for it to target and when it can not find such location in the phone to carryout the exploit, it will end up corrupting another system file as a result of the missed location.that is why they always says you should not try a root method use for a phone on another since the other phone may not have the core location the root software may be looking phone.some phone may have the location but the files needed for the root may not be present in the location, therefore bricking back an error that might have damaged the files in the location it went.

==> your android phone may also get bricked as a result of rooting and the phone goes off.this is one of the major reason why so many people get their phone bricked or damaged.it is always advisable to charge your phone full or a to a state that can carry the root process without switching off.this may brick or damage the phone since the root process might not have been completed before the phone went off.

just imaging unlocking your htc android phone bootloader and in the process, the phone went off just because it was not fully charged,the end result may be either soft bricked or hard bricked because the process was not completed.so please always make sure that your phone is fully charged before performing any root method

==> your phone may get bricked or damage when using computer to perform the root and the computer is not fully charged or the computer is the type that goes off when light went off.i almost got into this kind of problem when i was unlocking an htc bootloader,the computer was not fully charged and i did not even know about it, i just went on with the bootloader unlocking.in the process, i noticed the battery was showing the red sign.i couldn't wait a minute, i immediately put on the generator to power it until the bootloader unlock was completed.