» Android Rooting » How I Root Tecno F6 Without Computer Or PC

How I Root Tecno F6 Without Computer Or PC

By John
How To Root Tecno F6 Without Computer Or PC using Kingroot. recently i just got my hands on tecno f6 and one of the first thing i did on the android phone was to root it without using computer or Laptop PC.the phone is a brother to tecno f7 but this time it has upgraded OS. tecno f6 has latest android version 4.4 kitkat while tecno F7 is running on 4.2 jelly bean. although the features of tecno f6 is kind of moderate for one who wants to make use of it for surfing the internet and checking mails.it is not recommended for heavy task because it overheats a lot.well, that is by the way.lets get down to rooting proper.if you have been finding it difficult with rooting your tecno F6, then follow this guide as i will put you through on the steps i took to root tecno F6 and install cwm clockwork recovery mod. 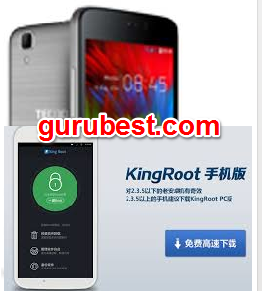 The method i used does not involve using of computer or laptop pc as anyone can use an app called kingroot apk to root tecno f6. yes, you can do it directly by downloading the kindroot apk app from their official website.for those who don't know much about kingroot, let me give you a little explanation.

kingroot is a rooting software which you can use to root android phone or device running latest OS version from 4.4 kitkat. it is available on both computer/laptop PC and Android Apk. so if you don't want to use pc, you can use the kingroot android apk latest version.enough said.follow the steps below to root your tecno f6 using kingroot apk

How To Root Tecno F6 Without Computer Or Laptop Pc

==> install it on your tecno f6 and then launch it

==> it will display in Chinese language, just click on the rounded circle that says root

==> it will start the rooting process by rolling the circle

==> leave it to continue the process which will take few seconds.

==> When it is completed, you will show a good mark symbol

this shows it has been rooted.

When you see that, just go to your app list, you will see a new app called kinguser. this is like the normal Super User or SU you normally see after rooting your android phone or device.the kingroot developer only changed the name to their brand.

So just check for the app called kinguser on your app list and open it to confirm.
Make sure your internet connection is turned ON when rooting it

This is how i got it rooted.
visit www.gurubest.com to view the latest post update you are not seeing right now.
more articles update is posted on gurubest every day,so don't be the last to get update to your email.Subscribe by email