BVN Registration Continues According To CBN And Nibss

By John
BVN Registration Continues According To CBN And Nibss.i hope this is true because the rate at which banks in Nigeria are restricting bank account that is not kinked with BVN number is alarming. The Bank Verification Number (BVN) registration will still go on despite the expiration of the deadline on Saturday, October, 31, the Central Bank of Nigeria and the Nigerian Inter-bank Settlement System (NIBSS) have said. The spokesman of the CBN, Ibrahim Muazu said yesterday that the process will still go-on and the deadline means that any customer that fails to do the registration will have some restriction to operate his accounts. 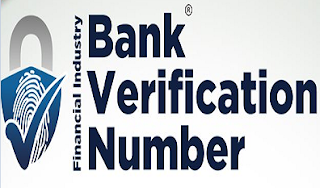 Mu’azu who spoke to our reporter on phone yesterday said from today Monday, November 2, 2015, regarded the exercise as successful, saying that majority of the banks have captured the BVN of their active accounts except for those customers that choose not to participate in the process. He said: “Deadline was successful because the awareness has been created to millions of customers and the banking hall were empty unlike the June deadline where there were chaos everywhere in the banking halls”

The Managing Director of the Nigerian Inter-Bank Settlement System (NIBSS) Mr Ade Shonubi told our reporter also that the BVN is a continuous process and that it is the minimum requirement for Know Your Customer (KYC) as provided by the Central Bank of Nigeria (CBN) and Bankers’ Committee. He said: “What the deadline implies is that a customer who has not complied would not have access to his account until he or she complies” The last time we approached the deadline of the Bank Verification Number (BVN) registration exercise (June 30th) set by the Central Bank, there were pandemonium as the premises of the commercial banks were overwhelmed with customers falling over themselves in a bid to beat the deadline. The new development helped salvage the situation as customers were not seen besieging the banking hall seeking to comply with the Central Bank Directive before the deadline of October 31.

Meanwhile, some customers were not able to link their various accounts with BVN before the end of the deadline last Saturday, but the CBN said those customers still have chance to do so for them to operate the accounts properly. Daily Trust investigations revealed that some commercial banks have adopted innovative approach for customers to update their Bank Verification Numbers if such customers have already registered with one of the commercial bank. Finding by Daily Trust revealed that most of the commercial banks have deployed their online banking platform or a short messaging service platform to get their customers to simply text their BVN numbers for onward registration

so if you've not done your BVN registration, then visit ant bank branch close to you to confirm.
visit www.gurubest.com to view the latest post update you are not seeing right now.
more articles update is posted on gurubest every day,so don't be the last to get update to your email.Subscribe by email

No Responses to "BVN Registration Continues According To CBN And Nibss"