By John
Facebook Reveals Why Their Worker Should  Use Android Phone Or Device Instead Of iPhone. i believe Facebook must have a reason for this enforcement on their workers. Facebook corporation is enforcing their workers to use android phones instead of iPhone. according to wired,  Facebook is enforcing a no-iPhone policy for key engineers in its product team so they experience what using the social network is like for "most" users.The move, according to Wired, is an entirely pragmatic decision that stems from the company's ambitions to grow its user base of 1.5 billion people.While smartphone penetration in the US and Europe has reached saturation point, handset adoption is accelerating in places like India, where users prefer low-cost Android devices. 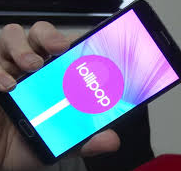 The catch for Facebook is its well-paid engineers live in a different world to most of its users and the company hopes to change this as it doubles down on emerging markets.


"I am mandating a switch of a whole bunch of my team over to Android, just because people, when left up to their own devices, will often prefer an iPhone," Wired quoted Chris Cox, Facebook's chief product office as saying.

It's not clear how many Facebook staff are being forced to make the switch to Android but Cox reportedly wants a good portion of his team on the Google OS. According to Google's most recent update last month, Android now has 1.4 billion active users.

Cox wants his size-able product team to be "reporting bugs and living the same experience that most Facebook users experience today".

The policy was announced amid a broader presentation about Facebook's focus on emerging markets and coincided with Facebook CEO Mark Zuckerberg's visit to India this week, where he argued the case for greater access to the internet.

The visit followed a public backlash in India against Facebook's Internet.org scheme, which was recently renamed Free Basics alongside changes to address criticisms that its free online access favours content from Facebook.

The requirement that certain product staff use Android has been introduced alongside another initiative to help employees understand how the other side experience its products. Facebook this week kicked off its '2G Tuesdays' program, where employees will be asked whether they want to temporarily use a slower connection, offering them speeds closer to those available in parts of Asia and Africa that have limited connectivity.

Google also put connectivity in emerging markets in the spotlight this week, announcing a deal with three Indonesian carriers to launch a Project Loon trial in 2016. The initiative will seek to more than double network access in Indonesia, where connectivity is only available to about one third of the 255 million population.
visit www.gurubest.com to view the latest post update you are not seeing right now.
more articles update is posted on gurubest every day,so don't be the last to get update to your email.Subscribe by email