By John
Windows 10 Automatic Update Come 2016 To For Windows 7 and Windows 8 Users.with the latest news on ground, Microsoft is planning to make windows 10 to be installed automatically on all desktop computer or laptop that is running windows 7 and windows 8.according to wired.co.uk, Microsoft has announced that Windows 10 will be automatically rolled out next year to all users of its older operating systems who have selected to receive updates.Until now, users of Windows 7 and 8 have needed to register to upgrade to Windows 10. But that's about to change because soon the OS will be listed as an Optional Update' and from 2016 , a recommended update that will automatically install itself, if users have opted to receive updates in that way. 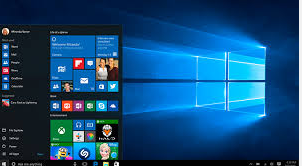 You can opt out of automatic updates to avoid this, but Microsoft says that "we strongly discourage this in today’s connected world because of the constant risk of internet threats". You can also change your Windows Update settings to install critical updates but not recommended ones. Although it's still going to be possible to avoid installation, Microsoft seems quite determined for everyone to be using Windows 10 in near future.

You May Like To Read Difference Between PowerVr, Adreno, Mali, Tegra

The roll-out of reserved updates was initially staggered but, according to Microsoft, now Windows "will automatically kick off the upgrade process once you have made a reservation".

As an intermediate stage, Microsoft says that it will "soon" publish Windows 10 as an optional update, not installed by default, but accessible to all users.

if you've opted for it before, you can decide to have a change of mind.
visit www.gurubest.com to view the latest post update you are not seeing right now.
more articles update is posted on gurubest every day,so don't be the last to get update to your email.Subscribe by email