» android phone tricks » How To Know If Your HTC Android Phone Or Device Is Original Or Fake : Read This Before Buying Any

How To Know If Your HTC Android Phone Or Device Is Original Or Fake : Read This Before Buying Any

By John
How To Know If Your HTC Android Phone Or Device Is Original Or Fake.you may be making use of fake HTC Android Phone or device without you having a clue it is fake Or Original due to the design and packaging.lots of people are making use of fake HTC android phone bought from either online or offline from mobile phone dealers thinking they are making use of the original.one funny aspect of the whole thing is that most of the phone dealers are not even aware the htc product they bought is fake, they just go to the market and buy from those who have the product they requested for and the device may even be expensive which makes it convincing to those who are making use of HTC Android phone for the first time.so if you want to know if an HTC android Phone or Device is Fake Or Original, then continue reading 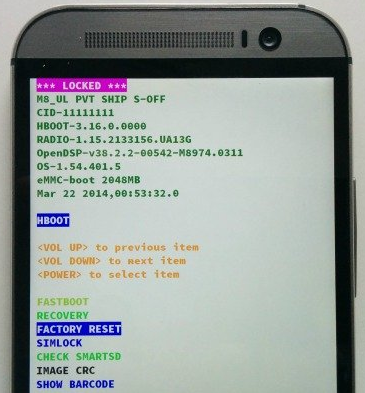 first timers are most likely to get fake copy of this device because they may not be conversant with the brand and features it has to easily detect if it is fake or original.This is why i am writing this article today so you can easily detect the trick phone dealers are using to make you fall as their prey.if you have been using this product before, you will know most of the HTC M8 Spec and Features

you may like to read Android Version 5.1 Lollipop New Anti Theft Security Features

Recently i went to the mobile phone market in search of HTC M8 Android phone.i got to my customer selling in show glass ( Uk used ).i told him i want HTC M8 and he quickly brought it out for me.I must confess the phone casing is so convincing to make you think its original.i was thrilled with the design , normal gold steel colour design, having the usual HTC logo at the top of the phone.

I did not conclude yet.as an HTC Fan like me, i have to browse through the phone features myself to verify if am holding an original htc phone.so i told him to put on the phone, which he gladly did.the guy is a real marketer and smart, you need to see the way he was marketing the phone features to me, the camera, android OS version, memory size and lots more other stuffs.but i told him to leave all that to me to access.

As soon as the phone was turned ON, the first thing i look out for was the graphics.as an htc fan, am conversant with their graphic display and interface.though as a first timer, you may not be able to detect except maybe you have a friend who make use of HTC Branded phone.

When i browse through the interface, i was seeing strange Chinese write up.this is one of the first signal i took note of.htc phone don't have Chinese write up in their apps, so its uk used product, i was not expecting to see a Chinese app or write up. ok, i went straight to the settings to check the about option where i needed to feed my eyes with the model of the phone.when i checked the phone information and os version i saw another flaws.i noticed the phone model was HTC M8w. wow, i asked my self if htc has a model called M8w, immediately i typed HTC M8w on google right there and Guess what i saw in the search result.

I saw Chinese forums talking about the phone and how to install clockwork mod on it.it doesn't require unlocking of bootloader and other root requirements.i said to my self, this is not an htc phone.i was playing along while still checking.

The ultimate confirmation was to check the bootloader of the phone.virtually all htc android phone comes with bootloader except maybe their first time old models.as for the new models, they all come with bootloader.

I did that but guess what?.it took me straight to stock recovery most china phone has.i was surprised at first.i switched off the phone and try it again to confirm if i did not press the wrong button.i still got same thing.here is what you will see on the fake one


Normally when you press hold volume button and power together, the first thing i was expecting to see is HTC Bootloader whether it is locked or unlocked and also whether it is S-off or S-ON but instead it took me to the stock recovery i mostly see on china phone and devices like tecno, infinix, gionee and other china made phone.instantly i laughed and told him i was not interested to buy and he asked me why, i had to open up with him.i told him the phone was a confirm china HTC M8 Android Phone but he argued with me, so i Google out a picture of original HTC M8 android phone with bootloader on the screen but still he did not believe me.I had to check other show glass.all of them have that same product which are all china made.

So guess you have learnt one or two things today which could save you the cost of buying an expensive fake HTC Android phone or device.the easy way to detect it is to check the bootloader of the phone if you are a first timer or maybe you are not sure.if it does not display a bootloader, then its a fake htc android phone because htc phones or device don't even have stock recovery such as the one i saw on the m8.

Just press hold volume down button and power together for some seconds, it will take you to bootloader mode.there you will see something like fastbook,recovery, factory reset, storage and lock or unlock status will be at the top of the phone which tells you if the bootloader is locked or unlocked.so take note of those things.


visit www.gurubest.com to view the latest post update you are not seeing right now.
more articles update is posted on gurubest every day,so don't be the last to get update to your email.Subscribe by email

2 Responses to "How To Know If Your HTC Android Phone Or Device Is Original Or Fake : Read This Before Buying Any"